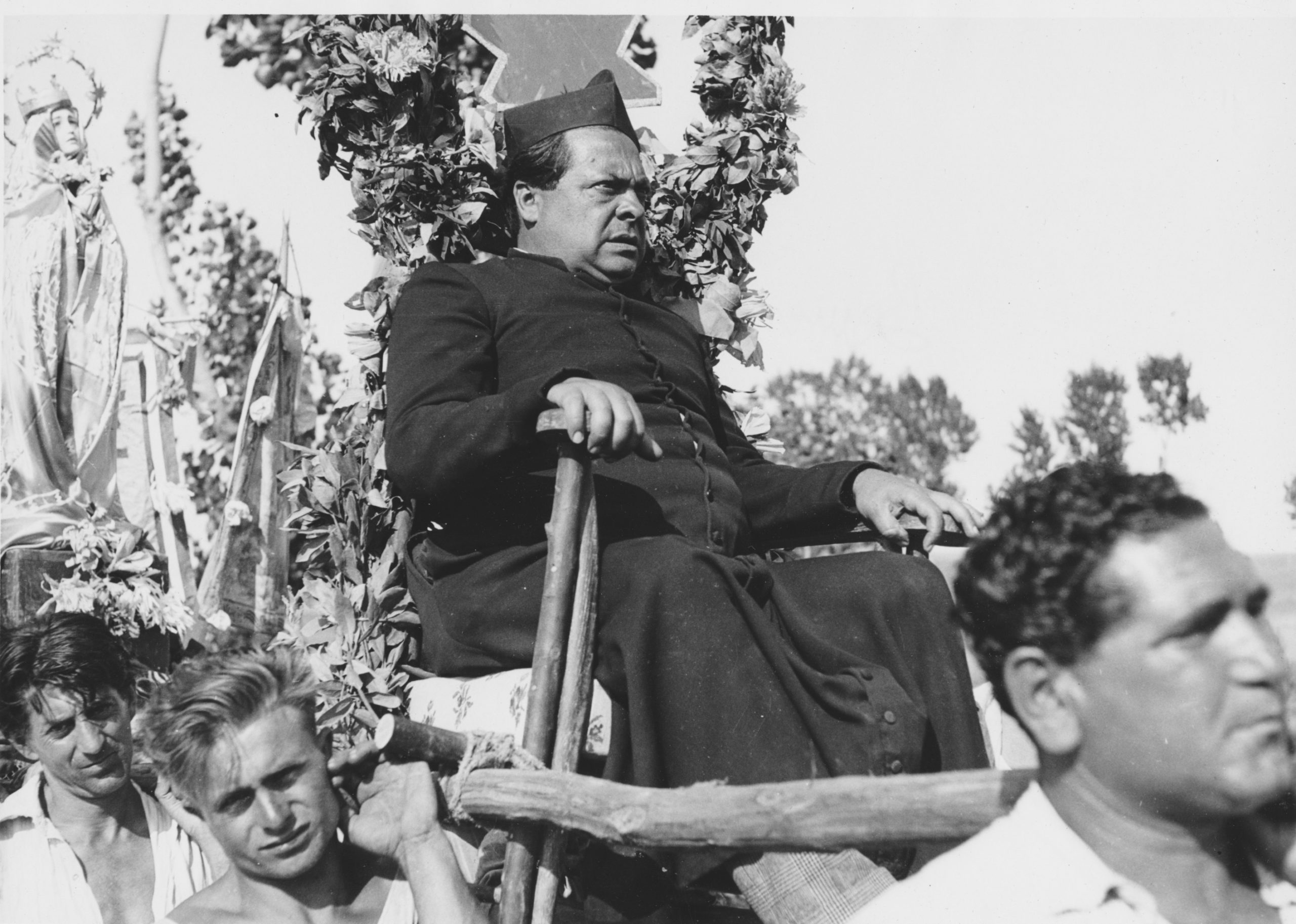 Giuseppe gets out of prison after serving his sentence for theft. Driven by good intentions, he goes to a small village and looks for the local parish priest to show him a letter of recommendation for himself. Giuseppe would like to get a job; but the priest is seriously ill, has a fever and delirium, and cannot help him. Out of hunger, Giuseppe steals a hundred liras from the alms box, but he is discovered, threatened, chased. Then he finds a cassock belonging to the priest, puts it on, and so disguised he manages to leave the village. On the way he is stopped by a deputy Brigadier of the Carabinieri, who believes he is the priest and begs him to follow him to the castle of a wealthy landowner.

“Welcome Reverend is one of the best films of this year. It has the power of truth, the scent of poetry and the comedic accuracy of countless brilliant gags. It rejoices the hearts and lifts the spirits. It’s like a breath of pure and healthy air amidst so much ugliness that the socalled ‘realism’, which deliberately delves into the worst part of us, is pleased with.” (La Gazzetta di Torino, 1950)