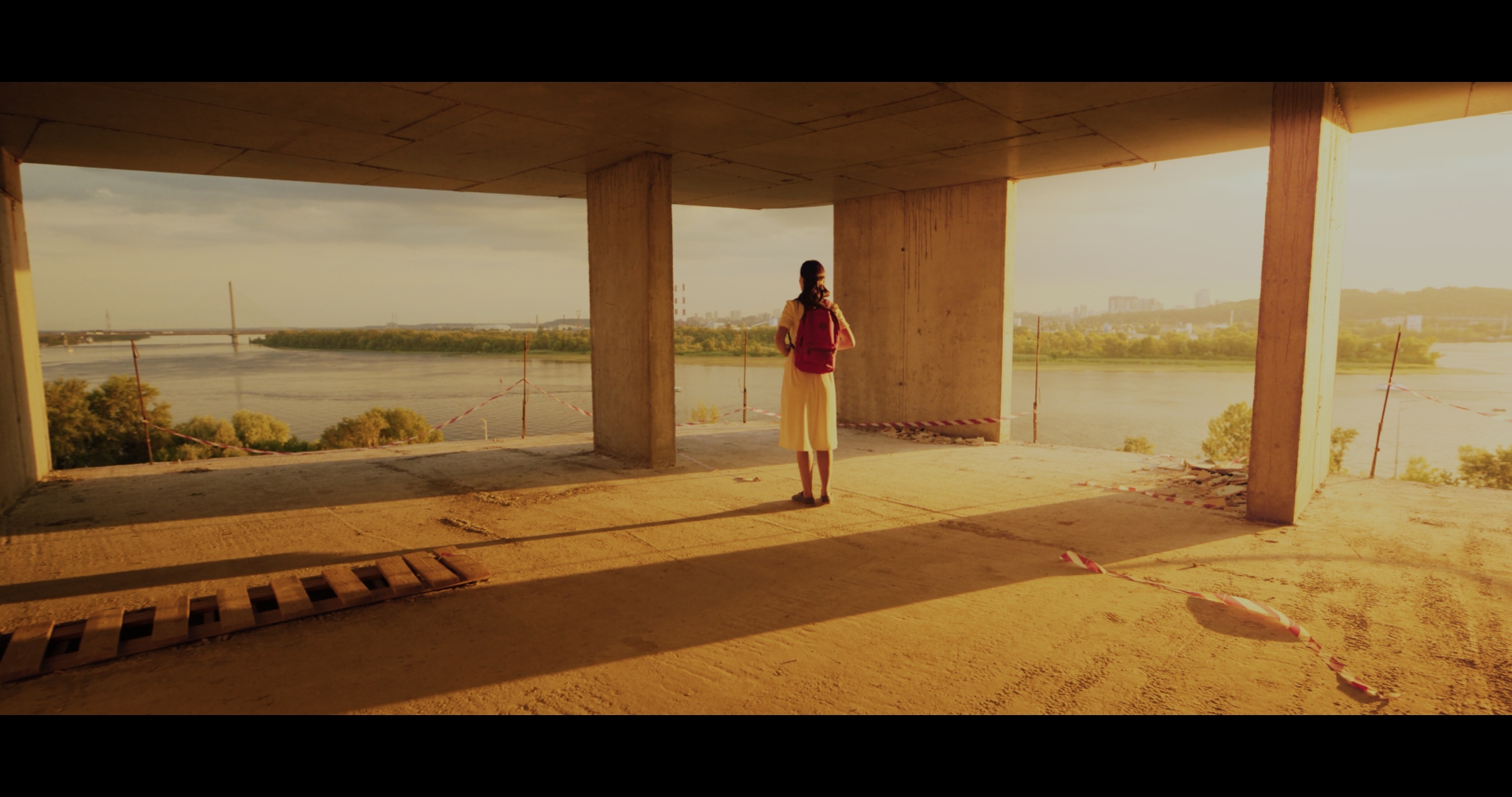 HOW IS KATIA? Yak Tam Katia?

Anna a 35 years-old paramedic and a single mother to her 12 years-old daughter Katia. Living together with Anna’s aging mother and an older sister, all crammed in a small tower block apartment, the family leads a modest life. One morning, as Anna in on the way to drop Katia at school, as the girl steps out of the bus, she is hit by a car and ends up in acoma. Behind the wheel is Marina, a young girl from a wealthy family with the right connections. Marina’s mother is a local mayoral candidate, who quickly and efficiently attemps to sweep the situation under the rug. At first, while Anna is trying to help her daughter in any way possible, the family succeeds to strike a deal in exchange for Marina’s freedom…

Christina Tynkevych grew up in Kyiv, Ukraine. She holds a film degree from the University of the Arts and the University of Westminster (London, UK). While working on her first documentary Kraina, she collaborated closely with Joram ten Brin, a documentary director and the producer of the Oscar-nominated filmThe Act of Killing. Krainawas eventually long-listed for the Oscar 2017.Solatium (2017), her next short also filmed in Ucraine, went on the screen at festivals both in Europe and America. In2018 she finished a feature documentary Generation 91 focused on the first post-soviet generation of Ukrainians. The film premiereda DOXA, Canada. Christina has lived and worked in London, Paris and now settled in her native Kyiv.How is Katia? is her filmdebut that premiered in Locarno film festival 2022, winning Best Actress and the Jury Special Prize.

“As Solzhenitsyn said: “The battleline between good and evil runs throught the heart of every man.” This “battleline” is our mainpoint of interest.We all have clear markers of black and white when it comes to moral choises. And when everything is fine and our life is on track,those markers seem to be set in stone.However, once our confortable world falls apart, we start acting differently. What does it take to remove the mask of a civilisedhuman being? And what happens when the society tolerates the moral “grey zone”?While the story is told on a backdrop of social injustice, it os more anything – a psychological drama. The outside battles that ourprotagonist struggles with are all but reflections of a bigger war she fights within.How is Katia?is a story of loss and grief. A story about a woman facing complicated life circumstances, and as a result of which,losing herself.Inspired by the social realism school, each scene is shot in one single take. The documentary aesthetic, however, is balanced byVladislav Voronin’s emotive hand-held camera. Using predominantly natural light, he underscores Anna’s downfall with hightcontrast, sharp and dynamic shadows, that submerging us into a low-key set up.”