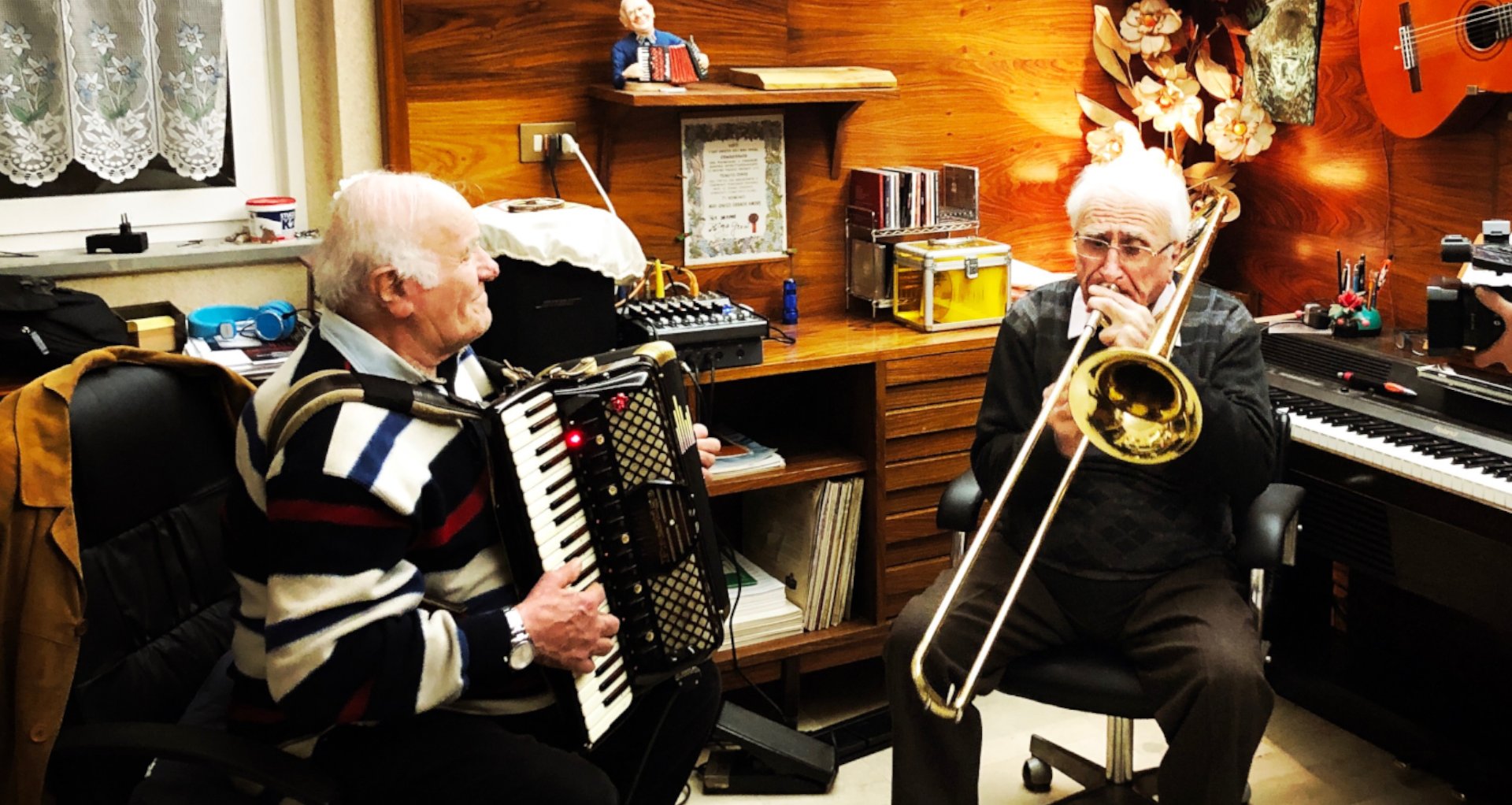 In Ruvo di Puglia, the Municipal Music School had been active since the end of 1800s. Entire generations, and especially the poorestchildren, learned to play and were familiarized, free of charge, with excerpts from opera, rearranged for band and performed by thesound box. In the immediate post-war period, due in part to the enthusiasm for the liberation also carried out by the Americans,some musicians of the band became definitely drawn to jazz. Famous for its wind instruments (clarinets, saxophones, trumpets, etc.),the small town of Ruvo thus gave birth to a class of jazz saxophonists – and not just them – that would become the talk of Italy andbeyond. From Enzo Lorusso, who collaborated with Perez Prado, Fred Bongusto and the Sanremo Festival, to Filippo Pellicani;from Santino Dirella, who collaborated with Rabagliati and Nicola Arigliano, to Nunzio Jurilli, who went on tour all the way toJapan: appearing in the historical images of variety showsCanzonissimaorStudio Unowith the great singer Mina, the first clarinetof the Orchestra of the Rai Radio Televisione Italiana of Rome was Santino Tedone.

DIRECTOR’S STATEMENT
“Born as a collection of video-interviews meant to document the precious testimonies of people of a bygone era, that is from 1943 tothe late 1960s, the conceptions of the directors were eventually enriched by fictional scenes, shifting their work from documentary todocufilm. Lorenzo Zitoli and Salvatore Magrone have therefore welcomed the invitation from Livio Minafra, musician and jazzpiano instructor, to the Conservatory of Bari. After five years of work – from 2017 to 2022 – they retold a story that is a dive into apast era, a story about us, that must not be forgotten; a story of adventurers.”