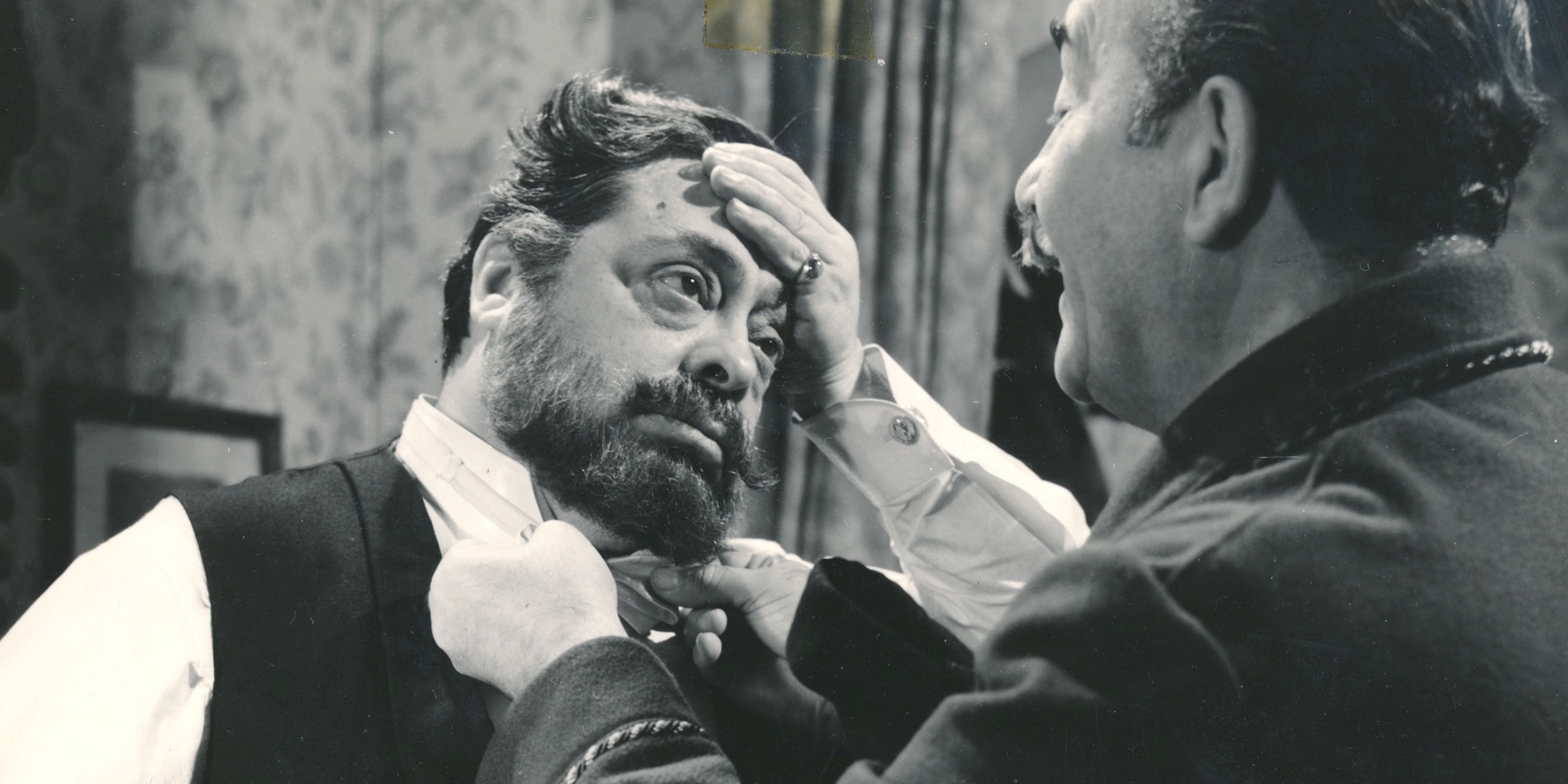 The fourth and last episode of anthology film Of Life and Love, based on four short stories by Pirandello. An old professor, invited to the wedding of a very poor former student, borrows a tailcoat from a neighbour. When he arrives at the bride’s house, he learns that her mother has died from too much excitement. The groom’s family, who are opposed to the marriage, would like to postpone the wedding indefinitely…

“Cinematically, the direction and the acting make this sketch a gem” (Corriere Lombardo, 5/2/1954)