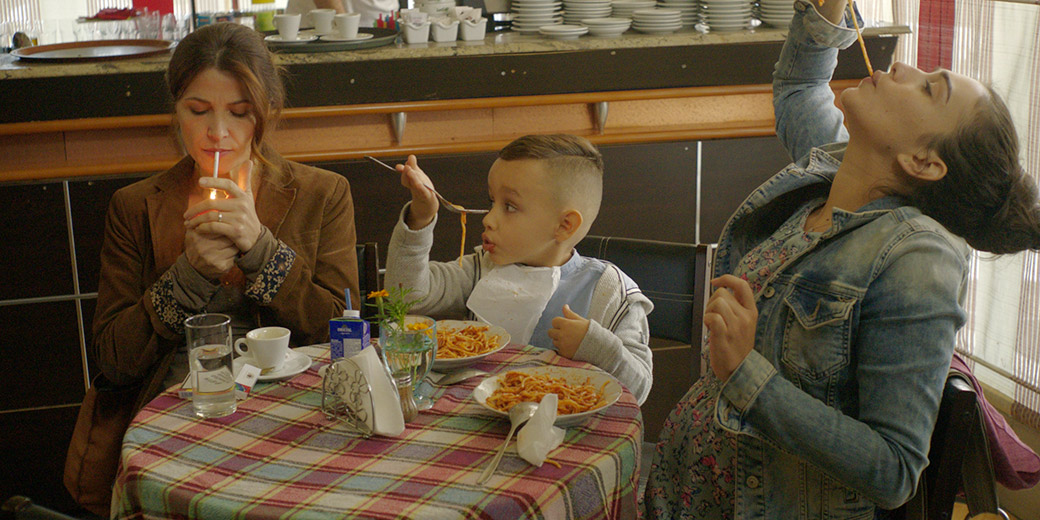 SYNOPSIS
Married Rudina sets off on a long journey with her pregnant sister, Elma, to meet their strict, traditional father in the Albanian village where they were born. As Rudina’s car makes its way across the mountains, Elma comes up with a plan to enlist an ex-classmate to play the part of her husband.

Florenc Papas (1991) studied film directing and media at the Marubi Film Academy in Tirana. He has worked in numerous short films, promotional videos, television series and broadcast documentaries.
His first feature film Open Door (Dere e Hapur) was completed on 2019 and was presented on the main competition of 25th Sarajevo Film Festival. As a festival programmer, he is currently working for Tirana International Film Festival. Papas is an alumnus of Sarajevo Talents 2015, Berlinale Talents 2016 and First Films First. With his projects he has also participated at Sofia Meetings, Midpoint, Torino Film Lab and Priforum. At the moment he is working on his second film titled Luna Park.

“As a younger filmmaker coming from a certain generation, I feel tremendous empathy and fascination for these characters. I find myself particularly drawn to this confrontation between the traditional values of our parents and values in our present environment. Perhaps this is the one thing ideology has not been able to impact: the very specific nature of the Albanian family. The characteristics of these clans are often marked by an extremely stubborn and serious father, a long-suffering, hard working mother, and children who attempt to live their own lives but feel they must please and live up to their parents’ expectations.
For me, as a director, the inner workings and dynamics inside families, Albanian and otherwise, is the compelling material of which great cinema is made. The sisters in my story go to ridiculous lengths to please their unhappy father (…)”