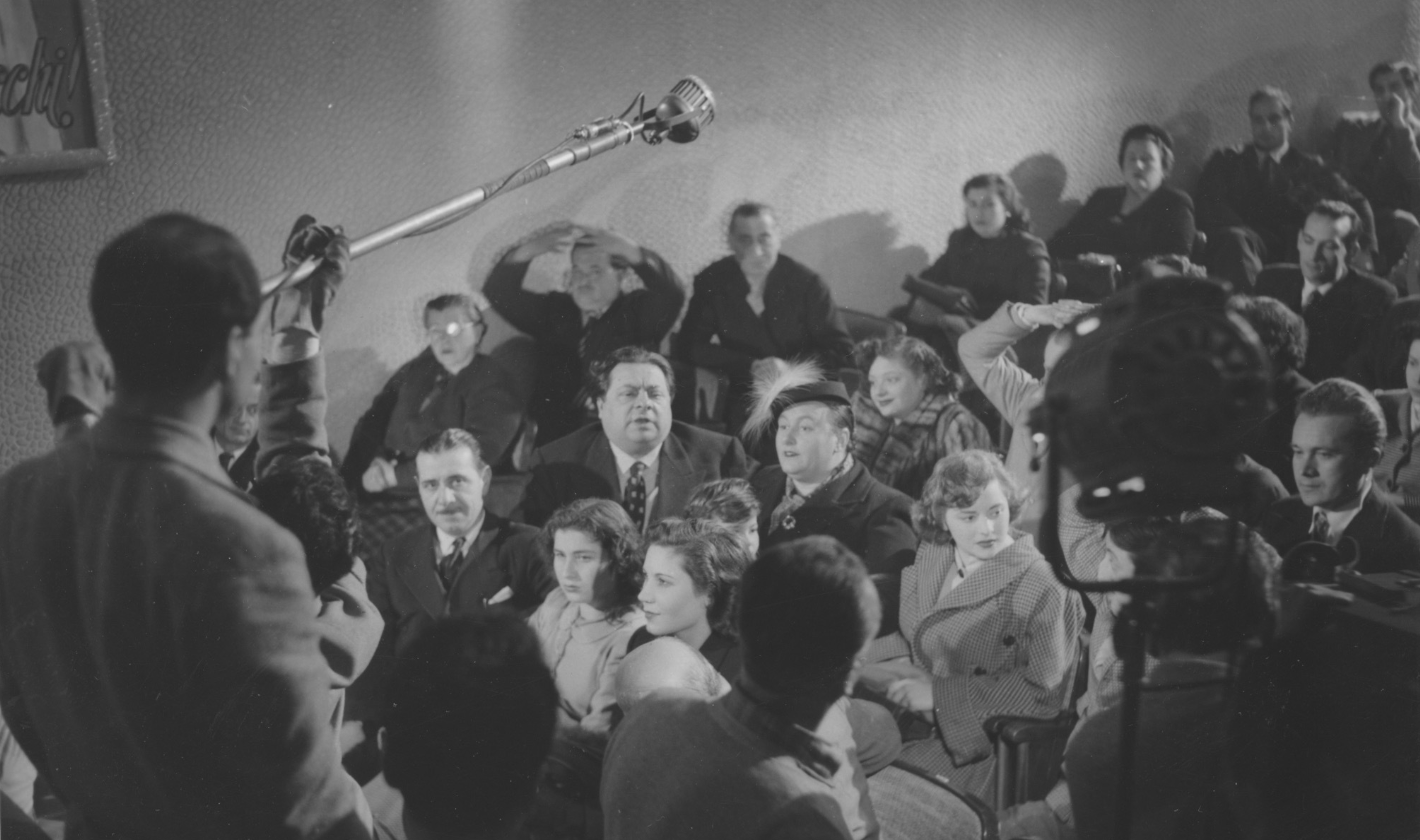 Mr. Peppe, the owner of a fabric shop, has lots of trouble. In addition to his concerns at work, he is also harassed by his wife Margherita, who always brings up the sacrifices she makes for the family and, blinded by jealousy, accuses him of spending his days flirting with his female customers. He is bothered by his children’s restlessness as well. One evening, to please his family, Mr. Peppe takes them to the theatre, where Burmah, a fakir, is presenting his experiments in hypnotism. Pushed by his wife, Mr. Peppe goes on stage and lets himself be hypnotised by the fakir…

“This is the most unpredictable and most extraordinary character in his acting career. Not just a man who becomes a woman, but something more complex and profound –a father who becomes a mother and psychologically behaves as such, with all the hilarious situations, the huge misunderstandings, the most unexpected events that such reversal of personality can lead to.” (L’Intervallo al Cinema, 8/12/1954)