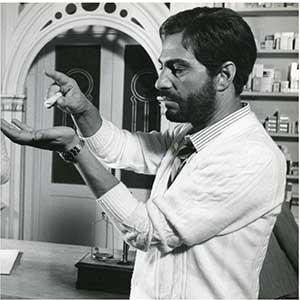 Restored in 2021 by Centro Sperimentale di Cinematografia – Cineteca Nazionale and Istituto Luce-Cinecittà from the original 35mm picture negative made available by RTI-Mediaset in collaboration with Infinity+. For the soundtrack restoration an optical positive preserved at Cineteca Nazionale has been used as source. Laboratory work carried out at Istituto Luce – Cinecittà.

Benedetto Parisi is in serious condition in the hospital after attempting suicide. While he is being operated on to save his life, a series of flashbacks reconstructs his life. As a child, he was orphaned, and lived with an unmarried aunt who used religion to make an impression on him and conceal her clandestine relationships. On the day of his First Communion, feeling sinful, he jumped off a precipice, but when he emerged unscathed, the villagers believed he had been saved by miracle. He was sent to live in a convent of friars who educated him, but he was sent away from there and went to live with an atheist pharmacist, whose daughter he fell in love with, reciprocated. Benedetto increasingly began to share his ideas, but when he saw the pharmacist on his deathbed kissing the cross, hurt and confused, he jumped off a cliff. But once again, he was miraculously saved.

After attending the Academy of Dramatic Arts in Rome and taking his first artistic steps at the Piccolo Teatro in Milan, he soon established himself on stage in revue as well as in film. In the course of a career studded with achievements, he won the David di Donatello Award as Best Actor for I See Naked, The Conspirators, Bread and Chocolate and In the Name of the Pope King, and as Best Screenwriter for Eye of the Cat, along with Best New Director for Between Miracles. At the Silver Ribbons, he was awarded Best Actor for Let’s Talk About Men, The Conspirators, In the Name of the Pope King and Café Express, in addition to Best Original Story and Screenplay for Between Miracles. He made one more feature film as a director, Portrait of a Nude Woman, in 1981.