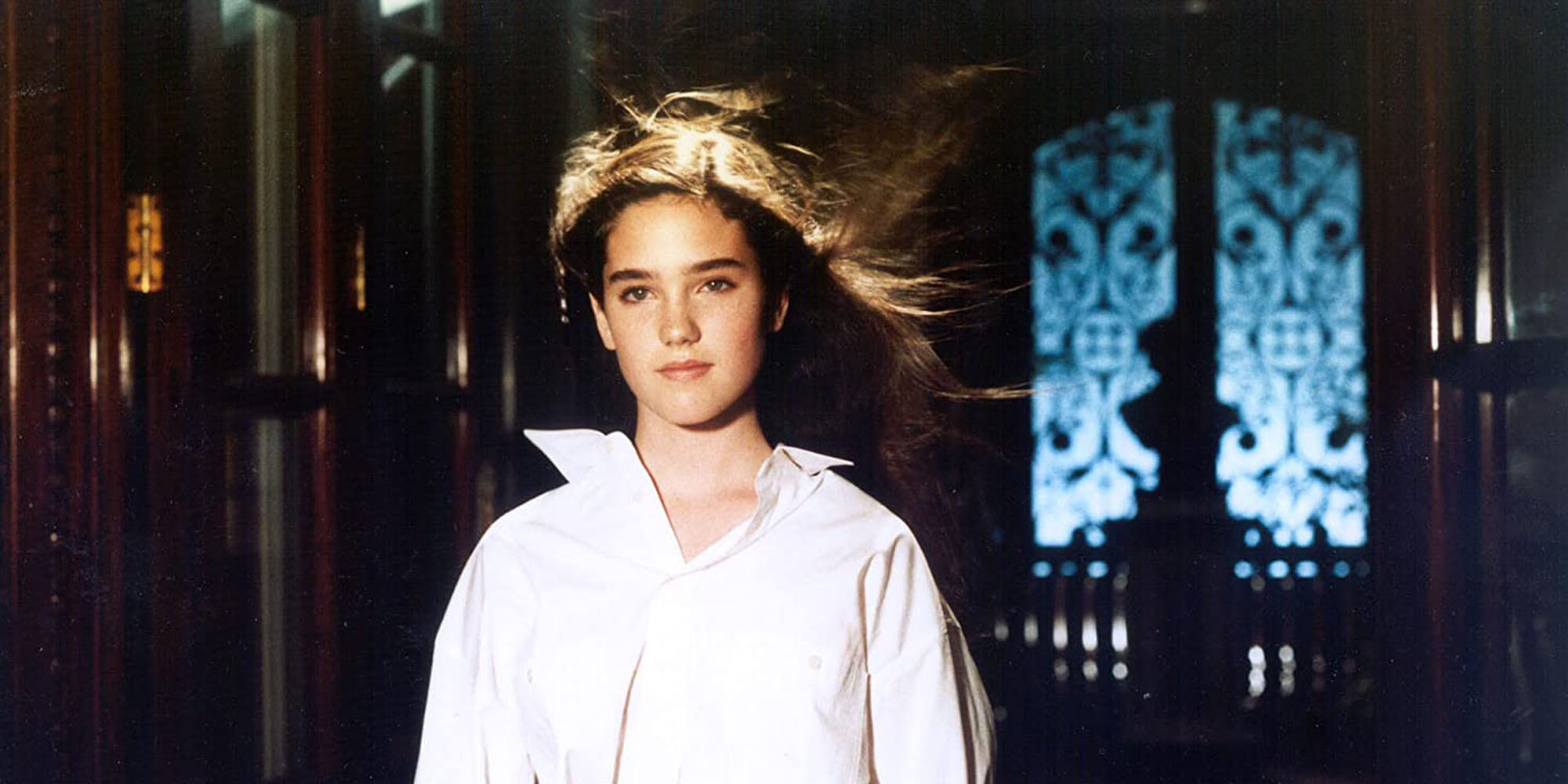 Jennifer Corvino, the daughter of a famous American actor, is sent to study at a Swiss college for girls, but it turns out to be the theatre of the deeds of a mysterious and ruthless serial killer. Suffering from sleepwalking, the girl witnesses one of the murders and thus is involved in the spiral of violence. She has the incredible gift of communicating with insects, which makes her strange in the eyes of her schoolmates, but allows her to meet Professor John McGregor, a brilliant entomologist who lives nearby with a chimpanzee. His research is very advanced and concerns the telepathy of insects and the possibility of dating the time of death of a corpse by examining the fly larvae on its body.

“After the massacre (Argento) proceeds to create atmospheres, premonitions, (electronic) nightmares. There is a beautiful scene in which Jennifer descends into the park in her nightgown and advances towards the bushes where the murderer may be crouching. A firefly comes toward her and the horror film suddenly turns into a Disney fairy tale. (…) Phenomena is a research film, an experimental film that attracts and surprises even mainstream audience. Whereas Fellini’s trademarks are fat, made-up women, hovering fumes and the circus, the one of Argento is the feast of dead bodies.” (Mariuccia Ciotta, Il Manifesto)