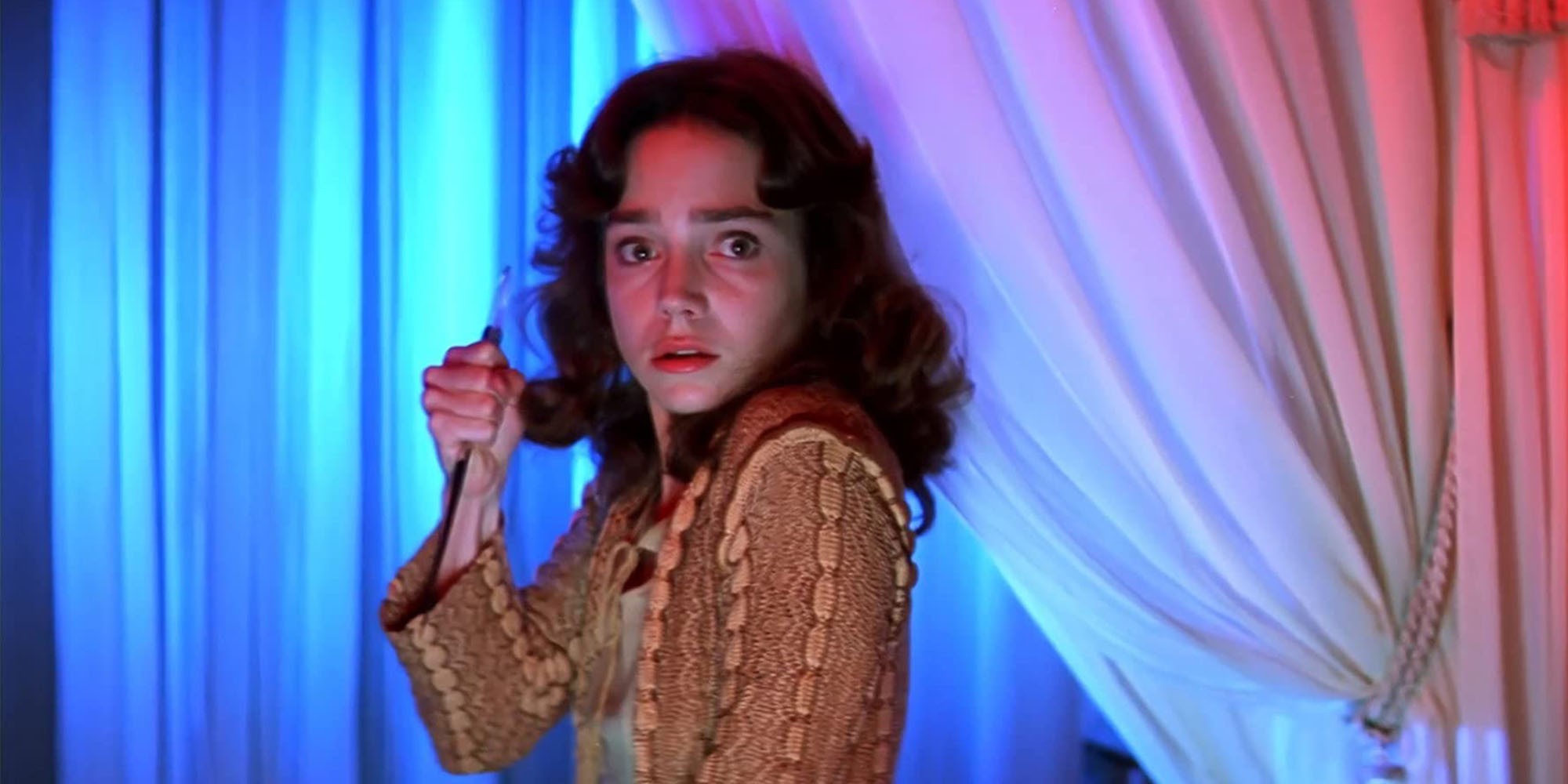 The first instalment of the Three Mothers trilogy. American dancer Suzy Benner has decided to further her studies at the prestigious Freiburg Academy. She arrives in town in the middle of the night under torrential rain, and at the same moment a mysterious hand savagely murders a former pupil and her friend. The atmosphere in the place soon turns hostile, worm invasions occur, the teachers retreat into a hidden wing of the building at night, and the mysterious headmistress, whom none of the school girls has ever seen, hovers over everything. Suzy begins to feel sick, and anyone who tries to uncover the secret of the Academy is killed by the mysterious murdering hand. As a matter of fact, black magic is practised in the school and the teachers are actually witches.

“Dario Argento says that Suspiria was inspired by a fairy-tale by Wedekind. But the film (…) is entirely his own. Only someone who has acquired so much expertise in mastering modern film techniques can indeed achieve such immediate effects, keeping tension high throughout a story that is absolutely implausible but encapsulates many typical elements of the time: the taste for black magic, bloodthirsty violence, macabre and crazy. There are murderers in Suspiria, but we will never see their faces. There are witches who transmit evil forces even to animals, but we shall never know how their queen (…) defeated Time.” (Giovanni Grazzini, Cinema ’77, 1978)