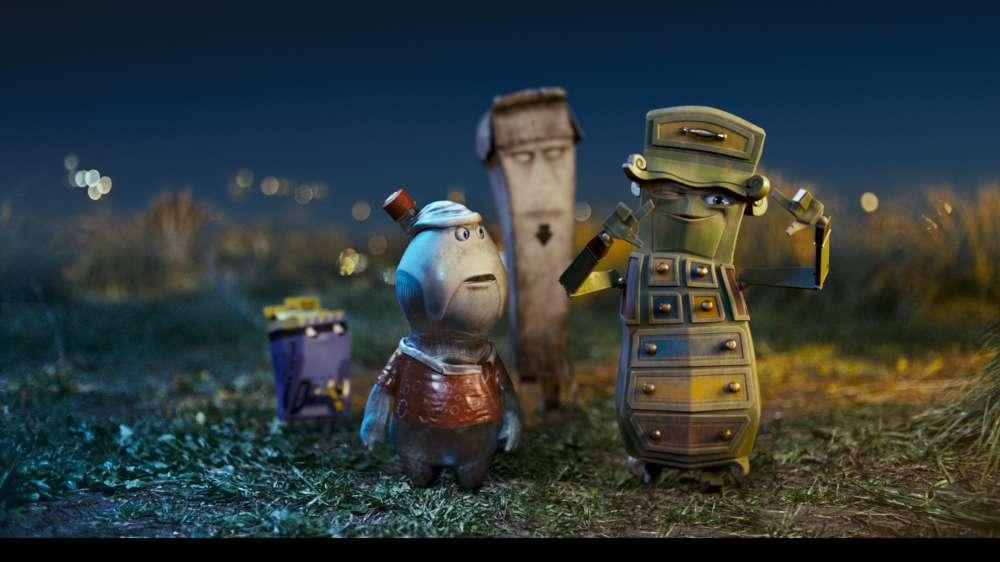 Boxes, bottles, milk. Trash. Left in the streets, in markets, under bridges. Ignored by everyone. Inert. Until night falls… Slim is a ruined cardboard box. He lives in a market with his friend Bubbles – a fizzy drink bottle – and other companions. He survives by hiding from the Suckers, vacuum cleaning machines. Slim is resigned, he doesn’t believe in anything anymore, not even in the legend of the Magic Pyramid, a mythical place where it is possible for waste to have a second chance, to be reborn and still be Carriers that are useful to themselves and others. But an unexpected event changes his destiny.

Luca Della Grotta is a Computer Graphics and Composting expert. He started to work as an independent visual artist in 2002. In 2004 he worked as a visual artist for music videos and commercials. His passion for feature films drove him to turn to the film industry. He founded film studio Chromatica, with which he has worked on more than 50 films as a visual effect supervisor. In 2008 he worked with Digital Vision on the VFX for the film Il Divo, winning a David di Donatello Award for Best Visual Effects. In 2013 he won another David di Donatello Award for the VFX of The Great Beauty. He currently works for production company Al-One as a VFX supervisor and Art Director. He is also working on personal projects. Francesco Dafano started to work for Rai television at the age of 22, making book trailers. Later on he worked for Keitai, another production company, until 2006, when he moved to London to work with Marc Evans (My Little Eye, Snow Cake) and Hugh Hudson (Chariots of Fire). In 2010 he directed the first Italian stereoscopic short film (3D): QuickMove. He then directed commercials, music videos and short films. In 2013 he directed an episode of the film In bici senza sella. He currently works at Al-One as a writer/director. He is also working on a feature film of his own, The Pale Mountains.