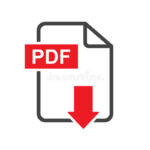 The Festival del Cinema Europeo is organized by the Cultural Association “Art Promotion”.

The target of the Festival is to act as an intermediary among cultures, among the different film languages, as well as to become a potential means of European cinema promotion.

The 23rd edition of the Festival del Cinema Europeo will be held from November 12th to 19th, 2022.

The Festival programme is composed by several sections, including:

a) Entry to the Competition is open to feature fiction films.

b) The Film Entry Form, duly filled in and signed, must be sent by September 30th 2022 along with a digital link with English subtitles and all relevant information for the selection.

c) Ten European films in their original versions, with English subtitles and Italian electronic subtitles, will be screened on Italian premiere and evaluated by an International Jury that will award:

The following prizes will also be awarded:

Film critics and experts from around the world compose the International Jury.

The director of the Festival appoints the Jury, as well as the President and his substitutes.

The director of the Festival can participate in the Jury’s meeting but without vote.

The decisions of the Jury are taken by open ballot, with simple majority.

Anyone having any connection with films participating in Competition is not entitled to be member of the Jury.

Golden Olive Tree could not be awarded in ex aequo.

a) Entry to this section is open to Italian documentaries only. Main submission requirements are: year of production 2021 or 2022, regional Premiere, screening format DCP or Bluray.

b) The Film Entry Form, duly filled in and signed, must be sent by September 30th 2022 along with a digital link and all relevant information for the selection.

a) Registration is free of charge. The official Film Entry Form, duly filled in and signed, must be sent along with a digital link (with English subtitles for non-Italian film), synopsis, director statement, director’s bio-filmography, and all relevant information for the selection.

b) The official Film Entry Form along with all the requested material, must be sent before the deadline at the following

a) Films selection is final and binding by the Festival Direction.

b) For the selected films of “Golden Olive Tree” Competition , “Cinema & Reality” the following materials are compulsory:

– Digital link with English subtitles must be the accurate copy of the version that will be screened in the Festival (for “Golden Olive Tree” Competition only);

– stills of the film (n.3 minimum, high resolution, at least 300dpi) whose publication is authorised and free of charge;

DCP prints must be sent along with a backup bluray to be used in case of DCP malfunction.

d) Film prints must be sent only after agreeing every shipping details with the Print Coordinator at the following address:

1. From Italy and other EU countries, only by courier or EMS Speed Post.

Each shipping requires the following documents: pro-forma invoice with the following statement: “without commercial value, for cultural purposes only”, packing list and proper forwarding papers (film title, screening format). At the same time, the sender must provide to the Print Coordinator at the email address print@festivaldelcinemaeuropeo.com a shipping notification indicating the AWB tracking number.

e) film advertising or promotional material realised after its Festival participation will have to mention the selection at the 23rd edition of the Festival del Cinema Europeo as well as the awards, if any, with the official Festival logo.

a) The Festival Director will set up the programme and the screenings schedule.

b) Foreign films will be screened in their original version, with English subtitles and Italian electronic subtitles.

c) The Festival catalogue will be published in Italian and English language.

a) Directors of the selected films will be accredited free of charge.

b) Travel and accommodation costs will be covered by the Festival for the “Golden Olive Tree”, “Cinema & Reality” films representatives only. Expenses for only one representative per film will be paid.

c) Confirmation of the guest attendance must be received by October 7th, 2022.

a) Festival del Cinema Europeo will cover film shipping costs both ways, except when the print is to be sent out to another Festival: according to the International Regulations, the outbound cost will be covered by the other Festival.

b) Films will be covered by an “all damages” insurance policy (including loss and theft) underwritten by the Festival while in their keeping. In case of misplacement or damage, the responsibility of the Festival will be however limited to the costs of reprinting the copy according to the cost of the country of origin as declared by the lender in the Film Entry Form.

c) The entrant declares that he owns all rights to the use of his work, without exception, and that the contents of the same do not violate any laws and that the work does not contain any libelous. Any legal obligation inherent problems of copyright shall be the sole responsibility of the filmmaker / producer of the work that, in any case, raises the organization from responsibility for the content of the work projected in public.

d) The Festival Regulation is written in Italian and English. In case of dispute, the Italian version shall prevail.

e) Application for entry (the official Film Entry Form) to the Festival constitutes unconditional agreement to all the regulations herein.

f) Festival Director reserves the right to make decisions on matters not specified there in.

g) The Court of Lecce has jurisdiction on any possible controversy.

Pursuant to the Legislative Decree 196/2003, the submitted data will be used exclusively for the Festival participation.

The data treatment will be processed with or without electronic means, in strict accordance with regulations and obligations of privacy.